The ancient Silk Road arouses deep emotions: from adventurers and nomads on the vast steppes of Central Asia to the legendary Samarkand, over the gigantic mountains that are considered the roof of the world, down to the camel caravans of the hostile Taklamakan desert.

The Far East has always aroused the greed of Europeans, especially finest silk went to the far west, while gold and silver were transported eastward. A network of streets and paths stretched across Asia to the Mediterranean. The world’s most famous explorers traveled to this Mediterranean-Pacific region, from Ibn Battuta and Marco Polo to Sven Hedin. Ideas, religions, and cultural goods spread with merchants and scholars, marking the first phase of globalization.

Orient and Occident seemed to eternally compete for the title “Cradle of Culture”, not only for centuries, even for millennia. However, in the end they have always been it together. The exchange between the two continents eventually shaped entire human history.

The impressions and adventures along the thousands of kilometers through gently rolling steppes, rugged, high mountains, deadly deserts and dense forests left even the most adventurous explorers speechless. Even Marco Polo, the famous traveling merchant, found it difficult to find any believable words for his experiences, when he finally stated “I did not tell half of what I saw.” 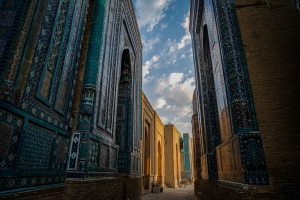 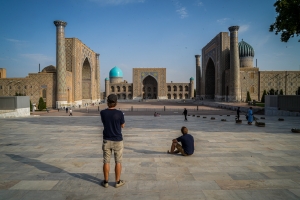 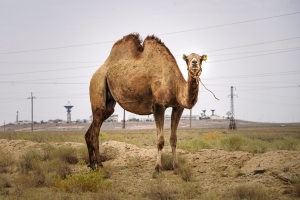