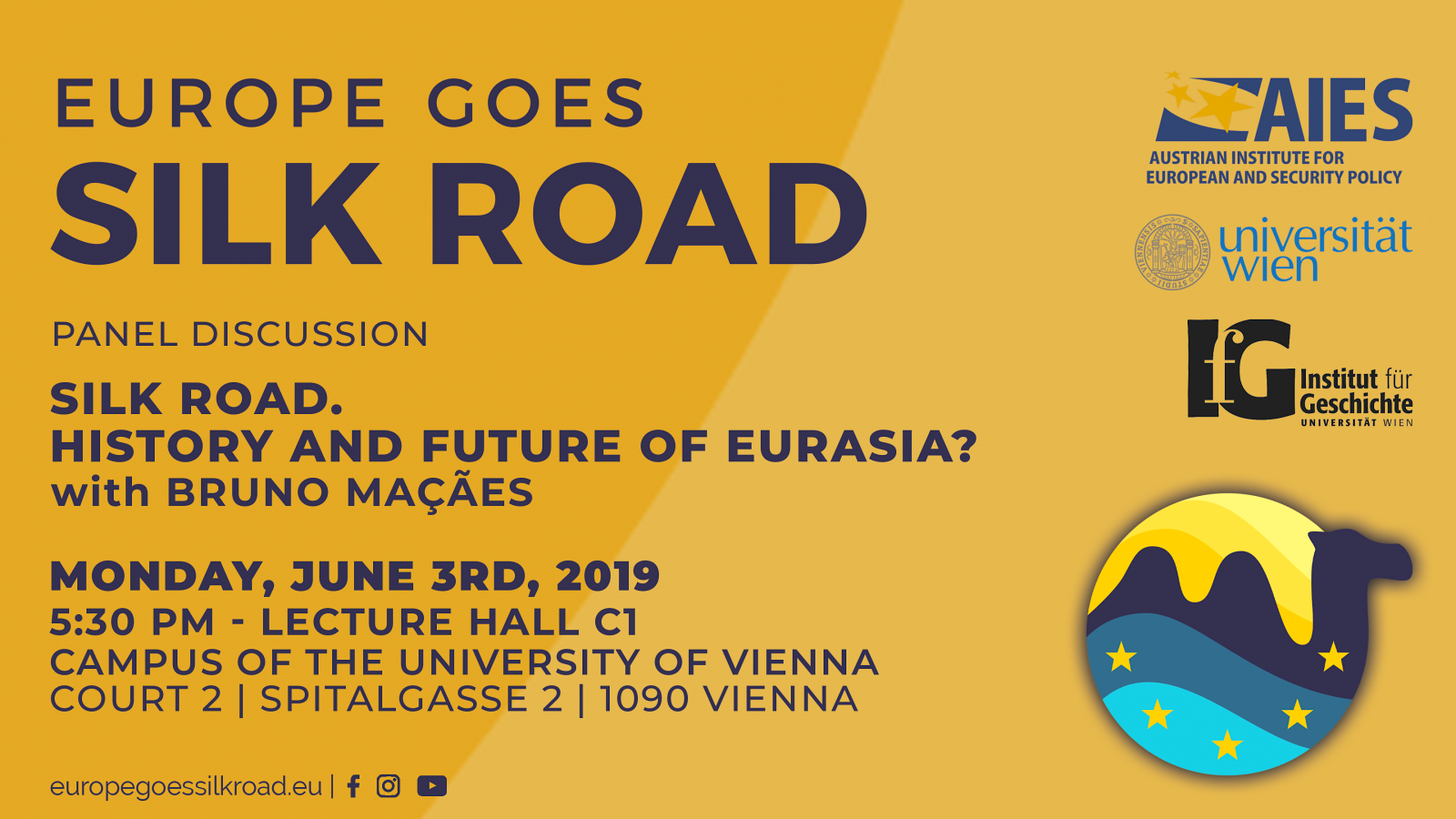 EUROPE GOES SILK ROAD in collaboration with the University of Vienna, Department of History, and the Austrian Institute for European and Security Policy (AIES) invites you to the

Friedrich Edelmayer, Professor for Global History at the University of Vienna

Velina Tchakarova, Director of the Austrian Institute for European and Security Policy

Friedrich Edelmayer, Professor for Global History at the University of Vienna

China’s Belt & Road Initiative, commonly known as the New Silk Road, is increasingly dominating international and national headlines. Announced by the Chinese president Xi Jinping in 2013, this gigantic project aims to strengthen the economic integration of Europe, Asia, Africa and the world. However, not only China wants to promote connectivity between Asia and Europe, but also Russia, India, Iran and the European Union. All their endeavours reflect partly complementary, partly competing visions of a multi-dimensionally interconnected Eurasia. These geo-economic attempts are not solely about infrastructure construction and transport time reduction but are in fact underway of heralding a new era of globalization in an increasingly multipolar world that according to the best-selling author Bruno Maçães will make the 21st century a Eurasian century.

In this context the narrative of the Silk Road has been resurrected to construct a world-historical continuity between the legendary trans-Eurasian network of the past and present efforts to shape the world of tomorrow. Thereby, reconnecting the supercontinent will have multiple implications in terms of economy, politics, security, identity and culture. But what do these endeavours that entail all parts of life mean for Europe? And what do we need to learn about Eurasia to continue helping to shape its future?

We are looking forward to welcoming you!

Please feel free to share the invitation with your network!

The event will be held in English.

By participating in this event, you agree that any photos or recordings taken that include footage of your person may be published or used in any other way by the organizers of the event.